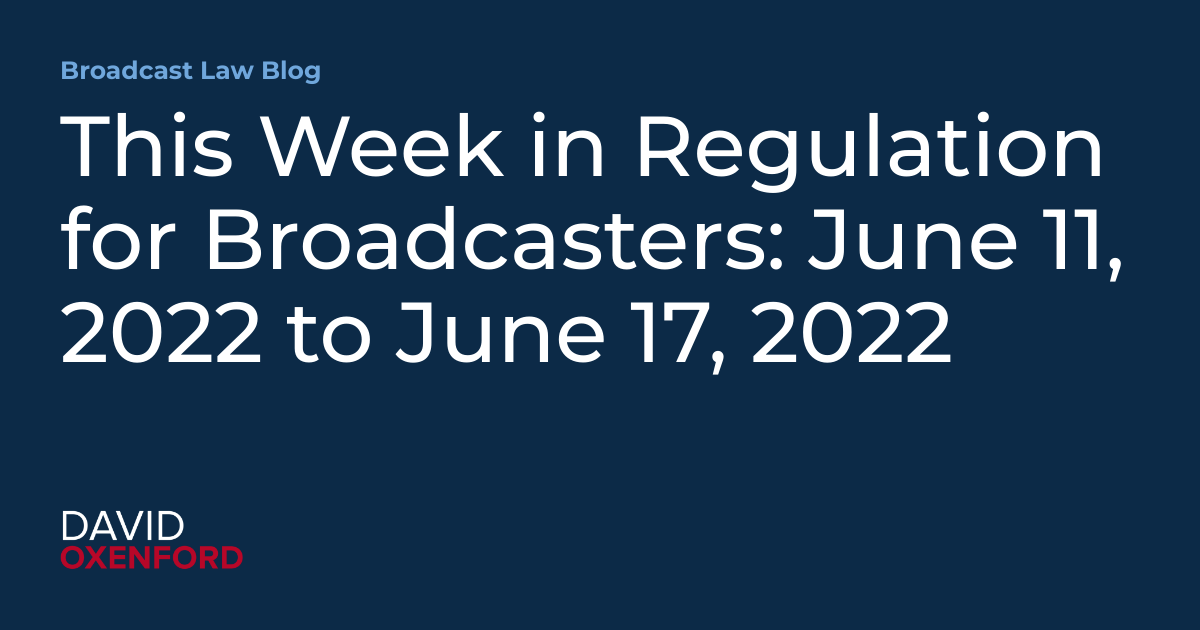 Here are some of the regulatory developments of significance to broadcasters from the last week, with links to where you can go to find more information as to how these actions may affect your operations.

Posted in From Broadcast Law Blog, In the News, Uncategorized
Members Only