All media companies, including broadcasters, webcasters, podcasters and others, need to consider carefully their advertising production after the big penalties imposed on Google and iHeart for broadcast commercials where local DJs promoted the Pixel 4 phone.  Promotions included statements that clearly implied that the announcers had used the phone, including statements that it was “my... Continue Reading…

On Wednesday, the House Judiciary Committee will be holding a “mark-up session” (see this notice of the session) where they will be considering the American Music Fairness Act which proposes to impose a sound recording performance royalty on over-the-air broadcasting.  This would be a royalty paid to SoundExchange to benefit the recording artist and copyright... Continue Reading…

Last week, the Federal Election Commission (FEC) adopted new disclaimer requirements for internet-based political advertising, including the identification of the ad sponsor.  This decision resolves many of the issues that have been debated at the FEC for over a decade as to what internet content is considered a “public communication” that requires a disclosure of... Continue Reading…

This Week in Regulation for Broadcasters: November 26 to December 2 , 2022

In a very busy week, here are some of the regulatory developments of significance to broadcasters from the past week, with links to where you can go to find more information as to how these actions may affect your operations. The Federal Trade Commission and seven state Attorneys General announced a settlement with Google LLC... Continue Reading…

In a Federal Register notice published today, the Copyright Royalty Board announced cost-of-living increases in the statutory royalties paid by webcasters for the public performance of sound recordings.  These are the royalties paid to SoundExchange by those making noninteractive digital transmissions of sound recordings.  This included broadcasters who simulcast their over-the-air programming on the internet... Continue Reading…

Until recently, to many in the industry, HD radio seemed to be an afterthought – maybe useful in feeding analog translators, but otherwise not very accessible to the public.  But there is now more and more interest in HD radio given the increased inclusion of receivers for this digital service as standard equipment in a... Continue Reading…

Even with the holidays upon us, regulation never stops.  There are numerous regulatory dates in December to which broadcasters need to pay heed to avoid having the FCC play Grinch for missing some important deadline. December 1 is the deadline for license renewal applications for television stations (full power, Class A, LPTV and TV translators)... Continue Reading…

This Week in Regulation for Broadcasters: November 19 to November 25, 2022

Here are some of the regulatory developments of significance to broadcasters from the past week, with links to where you can go to find more information as to how these actions may affect your operations. The FCC’s Notice of Proposed Rulemaking (“NPRM”) looking to enhance the security of the Emergency Alert System (“EAS”) and Wireless... Continue Reading…

In a decision this week on the sale of radio stations by Univision Radio to Latino Media Network, the Audio Division of the FCC’s Media Bureau discussed the FCC’s longstanding prohibition on the seller of a broadcast station retaining a “reversionary interest” in the station it is selling.  In this case, FCC staff found that the intent of the buyer to enter into a Local Marketing Agreement by which the seller would program some of the stations after closing was not a reversionary interest, because the buyer was free to make programming decision for the stations as long as it retained ultimate control over that programming and station operations.   ... Read More

This Week in Regulation for Broadcasters: November 12 to November 18, 2022

Here are some of the regulatory developments of significance to broadcasters from the past week, with links to where you can go to find more information as to how these actions may affect your operations. On November 17, the FCC’s Second Notice of Proposed Rulemaking (“Second NPRM”) on foreign government sponsored programming was published in... Continue Reading…

2020 has been an extremely challenging year for our nation and especially our state. Many Nevada broadcasters have struggled to survive under the weight of a depressed local economy and uncertainty of the future.

Many families experienced financial and physical loss because of the pandemic. I was saddened to hear of the passing of veteran Reno news anchor and good friend Brent Boynton who succumbed to the disease in November.

To be honest, in January and February of this year, few of us knew what we would experience in 2020.

On January 30 we were thrilled to attend the ribbon cutting for Telemundo’s KBLR new 22,622 square foot media center. Congratulations to President and General Manager Ramiro Lopez!

In February a group of us traveled to Washington D.C. to meet with Nevada’s Congressional Delegation and lobby on behalf of Nevada’s broadcasters. With the help of KCEP General Manager Craig Knight, we were able to convince Congressman Steven Horsford to support the Local Radio Freedom Act. With the support of Representatives Mark Amodei and Susie Lee we worked with the National Association of Broadcasters to help secure enough votes to kill a radio royalty fee which had surfaced in two different bills.

Throughout February and March, we were able to conduct 26 alternative FCC inspections (ABIP), a service we provide, free of charge, to all of our members.

And then in March, our world was turned upside down and yours as well.

We locked up our new offices and started working from home, but we ended up having one of the most productive years in the history of the Association.

Early on, we had to make the difficult decision of canceling our annual Hall of Fame Gala, along with our Northern and Southern Golf Tournaments, three events critical to the funding success of our Foundation and the Tony and Linda Bonnici Scholarship Program.

With help from our Washington D.C. lobbying team, the Porter Group, we started scheduling Zoom meetings with every member of our Congressional delegation. It was important that they heard about the plight of broadcasters and how our industry has been unselfishly serving the community with impactful outreach projects and with our own NCSA program which pushed out important messages on health and safety protocols.

By the way, thank you for donating airtime to our efforts so we could facilitate the messaging for multiple COVID campaigns. Your generosity also helps pay for our operating expenses and we are extremely grateful for our partnership!

As the year progressed, we lobbied our congressional representatives to make sure that all broadcasters were eligible for PPP loans and that federal ad dollars would be directed to local stations here in Nevada.

When the state legislature conducted its special session, we were asked by the Legislative Counsel Bureau to coordinate the access of all of the radio and television stations who wanted access to the legislative building. It was a herculean task but thanks to the cooperation of our member stations, it was a success!

The Nevada Broadcasters Association also worked hard to get a letter from Governor Sisolak and the Department of Homeland Security specifying that broadcasting was an essential business and that our members needed to conduct their normal operations while ensuring that management and employees implemented prescribed health and safety measures.

Throughout the year we conducted three separate distributions of face coverings to any radio or television station that wanted them. We also were able to provide Reno-area radio and television stations with air support surveillance from the Washoe County Sheriff’s office during a 72-hour period of unrest and violent protests.

Despite everything that’s taken place, the Nevada Broadcasters Association will finish the year in a strong place financially. We will be able to donate a portion of our net income to our Foundation to use for scholarships. This is especially critical because traditional fundraising activities were suspended in 2020.

Thank you again for your support. 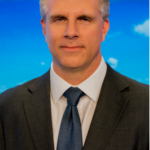